Does your Wi-Fi need extending? What you need to know before you invest in the wrong technology.

A Wi-Fi repeater or extender is used to extend the coverage area of your Wi-Fi network. It works by receiving your existing Wi-Fi signal, amplifying it and then transmitting the boosted signal. With a Wi-Fi repeater you can effectively increase area of your Wi-Fi network – reaching far corners of your home or office, different floors, or even extend coverage to your yard but not without compromises. Learn what the best solution for you is below. 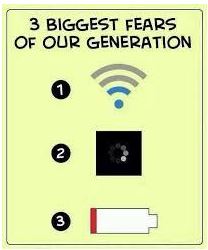 What’s the difference between a Wi-Fi booster, repeater, or extender?

Wi-Fi boosters, repeaters, and extenders are mostly the same thing – devices to improve Wi-Fi coverage but with a compromise. There isn’t a clearly defined difference between devices that manufacturers describe as “repeaters” and devices described as “extenders”. However, not all Wi-Fi extenders work in the exact same way. There are several different kinds of devices available and below we aim to explain what those differences are and how they work, so that you can choose the best Wi-Fi solutions for your circumstances.

I have trouble getting Wi-Fi signal in some corners of my house. What should I try first?

There are a couple of solutions to try before opting for a Wi-Fi extender. The simplest is to try moving the location of your Wi-Fi router. It should be in the most central unobstructed location possible not next to things like refrigerators or similar items that will reduce the signal strength also make sure it is not stuffed in a cabinet it should be out in the open with room to breathe.   Check if your router needs to be upgraded and has the latest wireless technologies. If you’ve had an older model, it could be time for an upgrade to a more powerful model. If your ISP (Internet Service Provider) owned the router and it is working well, we recommend putting on a wireless Access Point (AP) to handle the Wi-Fi, such as an Ubiquity UAP-AC-LR.  This will keep the provider’s router in place so they can still perform network diagnostics but allow you to have a true wireless access point connected to their router just for wifi.  If the router is on one side of the house and not central, then you may need one of the below solutions.

Why not just add another stronger cool router?

An access point is a pretty dumb device, think of it as an antenna for your existing router. it simply receives a signal or packets of information and passes to your router and out to the internet, no processing, no repeating the signal, just simple receive and pass on as fast as possible.

A router has another job, its job is to analyze and “route” traffic both incoming and outgoing. This requires a processor which looks at the traffic, analyzes it and determines where it should go and if it should let it through. This involves a processor that analyzes the packets of data and slowing things down. Think of it as your mail carrier, when he gets a piece of mail it’s his job is to deliver it efficiently. Now what if that mail carrier had to open a package that was already sorted, look at it again see if you should get it, reseal it and send it on. This would be time consuming. Adding a separate router also produces problems such as double natting. Double NAT is a scenario where multiple routers on network are doing network address translation. Common example is a Cable or DSL modem, to which a Wi-Fi router is connected. Both modem and router have NAT enabled. Computers on the network are connected to Wi-Fi router. Which is beyond the focus of this paper. Basically it adds an unneeded bottleneck to your system that reduces overall speed.

It may increase your Wi-Fi signal because it is more powerful, however just because you have a good signal with all the bars lit-up doesn’t mean it is fast. I hate to break it to you but you are only looking at ½ the picture. Usually the big antenna on the router is not the main problem but the little antenna in your device is to blame. Network conversation and transfer of packets is a two-way street. If one side is congested it will affect the transfer of data to and from. You can have the most powerful router money can buy, but if your device is not communicating back your internet will still be sluggish. Sure you got better communication one way and it is a bit faster but didn’t really fix the problem just fixed one side of the issue.

What is the best solution?

The best solution is what works for you, however as stated above Access Points (AP) will act as antennas for a router. By leaving the ISP router in place companies like Verizon still have visibility to the lines connected to your house and can run tests and know status for trouble shooting. There are cases where replacing the router makes sense for security reasons or if you need to have v-lans to segregate need to prioritize traffic, but for the standard household leaving the router in place is makes the most sense.

With the demands of great reception throughout the house, this is rarely achieved by one Wi-Fi point. At some point there is going to be a refrigerator, bathroom or some other object that will reduce wifi reception between your device and the antenna on the router. In almost all new constructions and renovations we place multiple access points this gives your device several areas to lock on to. However, this involves running network wire to get the most reliable set up. You also want to look at devices that will form a “MESH” network this means all the devices or antenna talk the same language and if you are roaming between them there is no drop of signal.

With wireless mesh, if running a network wire is not possible or cost prohibitive there are devices that will mesh your entire house together. Apple Airport extremes will do this. You simply plug it in to your router configure it to “extend your network” this turns it in to an access point mode and then add more airports in location where they talk to each other. They will essentially act as a repeater but without all the packet analysis. One thing to realize is the connection between the two is wireless and much lower speed than a wired connection but not as bad as a repeater. It is also susceptible to Wi-Fi interference.  So if you are not getting a good Wi-Fi signal because of interference between different devices in the area, this may not be a good solution, and a direct hard wire may be necessary.

One last thing to mention here, Verizon has now come out with a booster they call it but it is really a AP that uses a protocol called “Moca.” A protocol to reliably send network traffic over coaxial cable. This allows you instead of running a network line to use their device on any cable line to extend the wifi into a mesh network. This is a good solution if offered in your area to gain a little range.

My Wi-Fi is in the best location possible! But my coverage is still unreliable! And I just need a little more range.

Okay, a Wi-Fi extender could be the solution for you! There are a couple of different options. One of the most straightforward is a power line Ethernet kit like this starter kit from Zyxel. The kit allows you to send your internet signal over the electrical circuit in your home or office. It comes with 2 adapters; one plugs into a power socket near your current router, and the other in the location where you need signal. Connect the first one to your router using an Ethernet cable, and connect the second to an Ethernet device (e.g. a Smart TV or games console). The second adapter could also be connected to a Wi-Fi router for a second Wi-Fi network.

The great advantage to this solution is that it is fast. Firstly, it’s fast to set up. You plug in and go. Secondly, it’s fast in bandwidth terms. An extender that uses Wi-Fi will usually see some speed loss. Because they’re communicating with the router over Wi-Fi, there’s a big speed drop if the extender talks to your devices on the same band it’s using to talk to the router. There are ways to get around this (see below!) but the power line Ethernet kit bypasses the whole problem. By using the existing electrical circuit in your house, you create a link from your Wi-Fi router to your device that is faster than Wi-Fi and can be set up in just a few minutes.

But power line Ethernet adapters aren’t for everybody. The distance between power outlets can have an impact on performance, and so can the kind of wiring you have in your house. Or you could simply have interference on your power lines that could affect it.

How Does a Wi-Fi Repeater Work?

A Wi-Fi Repeater effectively contains two wireless routers, similar to the wireless router you already have in your home or office. One of these wireless routers picks up the existing Wi-Fi network. It then transfers the signal to the other side, which transmits the boosted signal.  This is the worst solution as it relies on a little internal processor and memory to hop the signal slowing it down ultimately. Also to ensure compatibility you should get one compatible with your router. A third party brand may work but there is no guarantee. If it does work it is simple and easy, and if you don’t need a lot of speed and just need to extend the signal this could be the best solution for you.  But set your expectations if you are trying to stream video or game these things seldom work well.

Overall I hoped this article helped give you some insight into what the different ways to extend your network is and you now know what to expect out of different solutions. If you have any questions, please contact us and we would be happy to discuss.

← Where to Mount Your TVOur Home Wiring Guidelines →